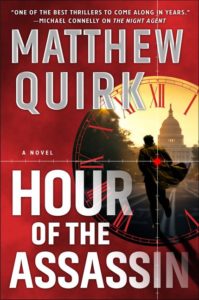 To save America from a catastrophic betrayal, an idealistic young FBI agent must stop a Russian mole in the White House in this exhilarating political thriller.

Foreign fighters are hunting down American soldiers in their homes, and one man must risk everything to stop them.

A deadly fall on a rugged stretch of California coast. A home invasion gone wrong in Virginia. These deaths seem unrelated, but the victims are living under cover, their true identities closely-held secrets. They are members of America’s most select kill/capture team, the last line of defense against foreign threats. Now someone is assassinating them, one by one, where they sleep, taking family and innocent bystanders as well to make the killings seem like accidents. (John Hayes Book Two) 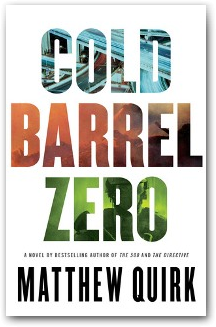 A code hidden in plain sight. A black ops team that went too far. A series of escalating attacks inside the United States.

Two men once fought side by side, closer than brothers, but in a final, explosive battle for justice, they must face off along a rifle’s cold barrel.

Cold Barrel Zero brings together the blistering pace of Lee Child, the nonstop action of Brad Thor, and the richly drawn characters and moral stakes of Daniel Silva. An experienced reporter armed with deep behind-the-scenes research into America’s special operations forces, Quirk takes the military thriller to a new level of suspense. (John Hayes Book One)

Two brothers. The heist of a lifetime. The stakes: their survival. After escaping from the back rooms of Washington, Mike Ford is now playing for his life against the titans of Wall Street. (Mike Ford Book Two)

Combining the best elements of political intrigue and heart-stopping action, The 500 is an explosive debut, one that calls to mind classic thrillers like The Firm and Presumed Innocent. In Mike Ford, readers will discover a new hero who learns that the higher the climb, the harder–and deadlier–the fall. (Mike Ford Book One)